The current multi-media exhibition at the Royal Academy of Art in Piccadilly, London tackles the most immense and unwieldy topic of our time: climate change. The show seeks to ‘confront a planet in a state of emergency’ and in doing so, explores the complicated and often fraught relationship between humankind and nature, through the lens of various artistic disciplines. We went along to see what could be discovered from these creative perspectives. 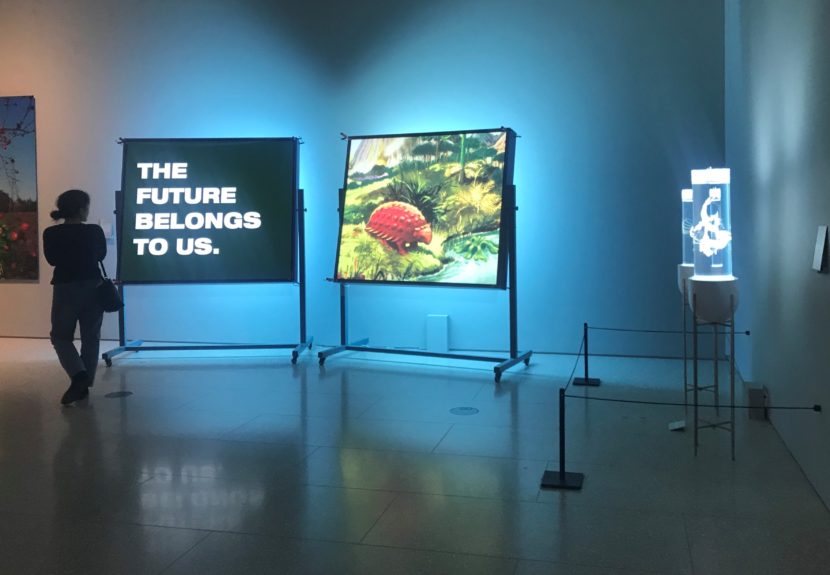 Addressing the urgent ecological issues of our time, including extinction, rising sea-levels, global warming, overpopulation and pollution, the Royal Academy has selected work from 21 ‘Eco-visionaries’ described to ‘alternate between critical inquiry and visionary optimism’ throughout the space. The negative impact of human activity on the environment is revealed in the works around the gallery. What stands out as the over-arching theme of the showcase, is how destructive anthropocentrism is; the idea that all beings and resources are only valued as a means to human ends. The Royal Academy succinctly connects and intertwines the past, present and future with the collection of art featured. The past is represented in an opening film by Ana Vaz and Tristan Bera’s  ‘A film, reclaimed’ (2015), which shows clips of pop culture and documentary footage chronicling the social, cultural and political timeline of human error structuring the ecological crisis. Similarly, the recent past is examined in Alexandra Daisy Ginsberg’s installation ‘The Substitute’ (2019) showing a digital AI depiction of Sudan, the last male northern white rhinoceros, who died in March 2018, roaming a virtual white box. The Rhino represents the loss of something by human fault and the false redemption offered by technology.

“The ecological crisis feels familiar to us, but the information comes to us in numbers, statistics and data. This exhibition allows visitors to engage in a more subjective and emotional way, to feel what the crisis might be and understand the complexities through works that take you on a deep journey through some of these problems – each reveal a complex mesh of forces at play beneath the headlines”

We see the present-day issues of pollution in HeHe’s ‘La Planet Laboratoire’ (2018) depicting a murky and enveloped earth, and in Nerea Cavillo’s ‘Madrid in the Air’ (2019) showing 24 hours of highlighted microscopic pollutants present in the air over the cityscape. Virgil Aboloh’s ‘Alaska Chair’ (2018) collaboration with IKEA depicts the chair sinking in Venetian floods, and Olafur Eliasson’s ‘Ice Melting Series’ (2002) of photographs highlight the current state of the world. Some pieces seek to use creative imagination born of ecological fact to predict what may lie ahead in the future. Visions come alive of the existence of future plastivore lifeforms which will consume the plastic waste filling our oceans in Pinar Yoldas’ ‘P-plastoceptor: Organ for sensing plastics’ (2014) model. Studio Malka’s Architecture project ‘The Green Machine’ (2014) designs a self-sufficient mobile structure in the Sahara desert which provides food, water, housing and energy for a community in a future where fossil fuels are gone and soil is too dry for crop farming. 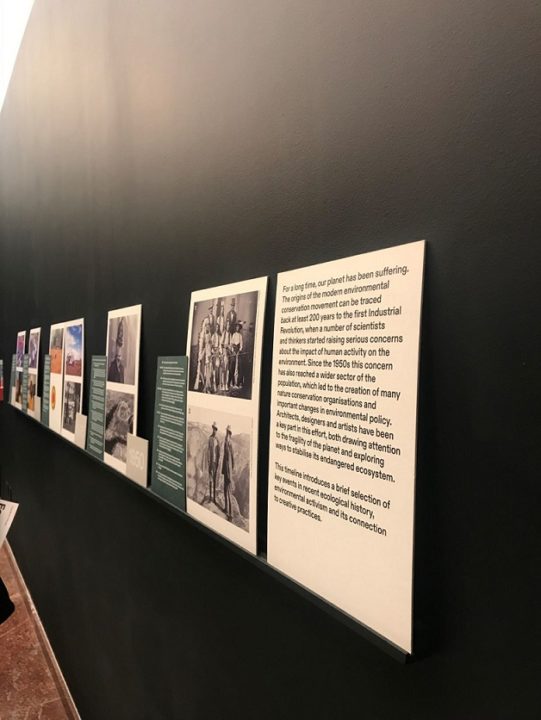 Most strikingly, the question of the future is highlighted in the immersive piece ‘Win Win’ (2017) by Rimini Protokoll, in which peaceful yet sinister Jellyfish are shown floating in a tank reflecting your own faces looking on, while a voice tells of their capacity to thrive as the oceans on Earth rapidly warm and become permeated with CO2. The Jellyfish is a primitive animal which functions with stark simplicity, and the piece contrasts these ocean inhabitants with poeple, who are the most vastly complex and unruly species on the planet. The short film is effective at introducing the deeper questions, as it presents jellyfish in a light many will have never considered and evokes a dystopian mood as seen in many of the piece throughout the galleries.

The exhibit certainly provides food for thought, though it is delivered as a hard pill to swallow. Not shying from the issues at hand, ‘Eco-visionaries’ seeks to understand the scale of the problems in order to challenge them through positive change. Most importantly, the exhibit reinforces a sense of urgency; today is the day for action, tomorrow is too late. Leaving the final gallery, a wall full of contributions from schoolchildren is presented. In a box under the title ‘What is your Eco-vision?’ each child has sketched their reply in slogans and drawings, “save our planet”, “our planet with no pollution!!”, “do the right thing, do what is right”, being some of the examples. A smart move ending a thought-provoking and disturbing showcase on a note that sparks hope for the future generations. A great balance of logically and emotionally provocative curation, I’d recommend a visit to ‘Eco-visionaries’ to all.

‘Eco-visionaries’ is on at The Royal Academy of Art in London until 23rd February 2020. 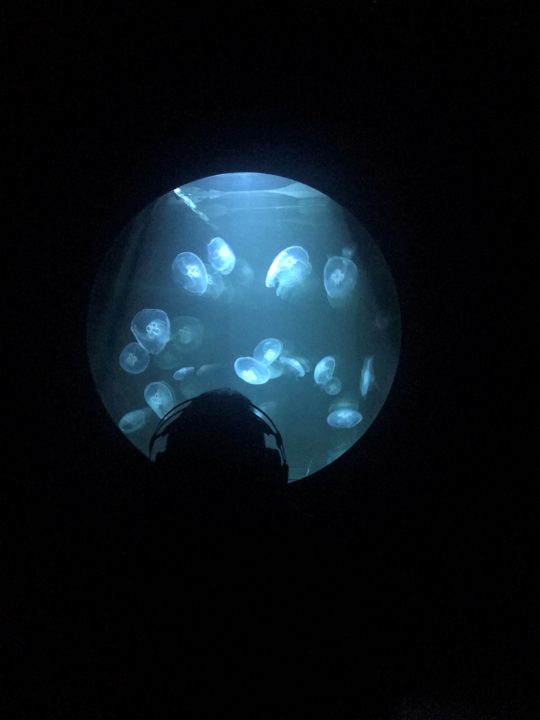