Just a stone’s throw from our office here at Hillgate, we are fortunate we can pop into the White Cube contemporary gallery in Bermondsey; especially when there are exhibits such as ‘Remains To Be Seen’ from British-Palestinian sculpturist Mona Hatoum. It was announced early September that Mona Hatoum was to be the first British artist to receive the Japanese Praemium Imperiale Award since 2013, in recognition of her lifetime achievement in the arts. Offering Hatoum’s first presentation since the Tate Modern in 2016, the White Cube Gallery is a great pioneer of contemporary arts here in the heart of London. 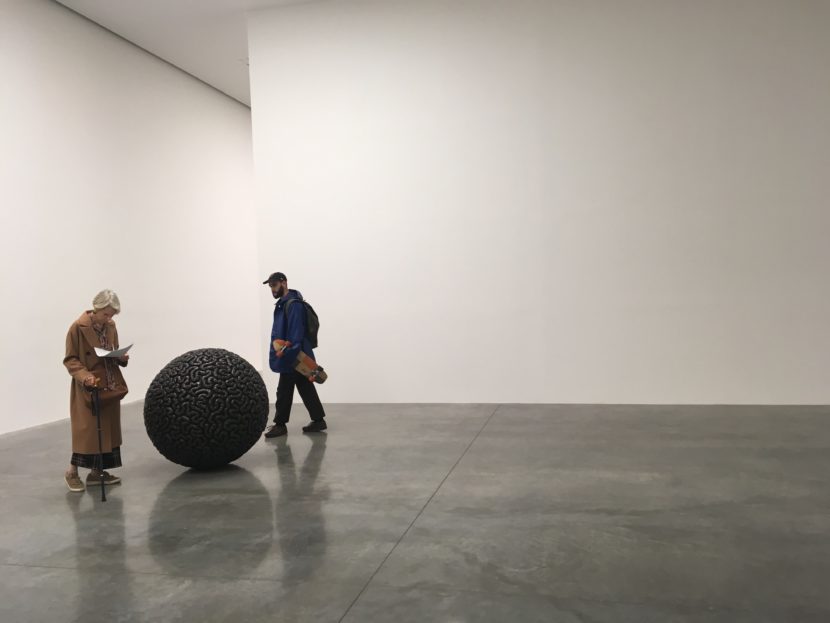 ‘Remains To Be Seen’ at the White Cube features new and re-envisioned work from Hatoum’s impressive portfolio of multi-media structures and installations. The gallery is expansive and open with slightly reflective flooring enabling Hatoum’s ideas to be confronting and hypnagogic in the space; apt for contemplation as you wander through.

Brought up in Lebanon within a displaced Palestinian family to be forced out with civil war to London in 1975, Hatoum has often addressed themes of confinement, insecurity and conflict in her work. What struck us most about the exhibition was the power of the materials chosen, from the use of coiled hair-like wiring in Dark Matter to the blown glass enclosed in a metal cage in Cells, each material was tangible and considered. The industrial structure of the vertically suspended metal bars, interrupted with weighty chunks of concrete aligned horizontally in Remains to be Seen, is perceivable as the skeleton of a building in a snapshot as it erupts into fragments of rubble. The severe heaviness of the concrete is contradicted by the stillness of the suspended arrangement. Similarly, the steel bars in Quarters are cold to the eye and palpably callous, representing the confines of claustrophobic caged prisoners’ sleeping quarters. The concept of bedtime is given a more distressing angle, and as the viewer we are confronted with the luxury we enjoy in taking comfort and freedom as a given. 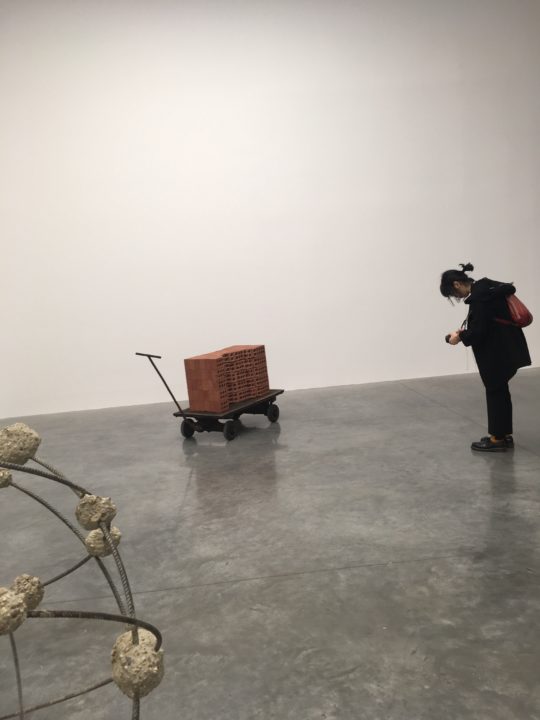 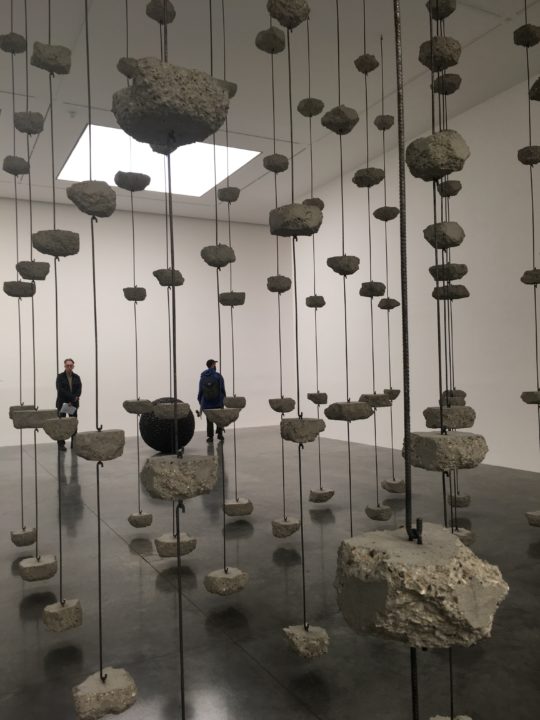 Perhaps the most affecting room in the White Cube, Remains of the Day, Hatoum’s installation of three incomplete and charred room-sets, is both eerie and evokes in you a sense of intrusion and loss. The scattered post-blaze structures of the dining table and set of chairs, alongside a child’s cot and toys, is a chilling reflection of expired human domesticity. The normalcy of everyday objects is unsettling, looking at the chicken-wired frames of possessions we all universally have in our homes makes imagining our own homes in this state greatly disturbing. First exhibited for the Hiroshima Art Prize in 2017, Hatoum describes Remains of the Day as “a domestic environment that has been hit by a sudden, devastating disaster”, in reference to the nuclear tragedy of Hiroshima in 1945.

“Hatoum explores the notion of home as a contested and politicised site in her large-scale, disquieting installation titled Remains of the Day. Burnt and charred, their ghostly remains are barely held together by a delicate wrapping of chicken wire. The whole ensemble appears like shadows of the solid objects they once were, locating the idea of ‘home’ not as a place of refuge and established order but as a site of upheaval, disorder and the uncanny.”

Hatoum’s retrospective takes works from throughout her career, with a broad collection of multi-media pieces, having a profound impact, from the domestic to the global. In our world violence and conflict is rife, while ignorance to it from those within stable societies is a choice commonly taken. ‘Remains to be Seen’ disturbs the imagination in its exploration of graphic themes of vulnerability and impermanence. A good exhibition should be evocative, and so Mona Hatoum’s work at the White Cube Bermondsey is certainly well worth a visit. 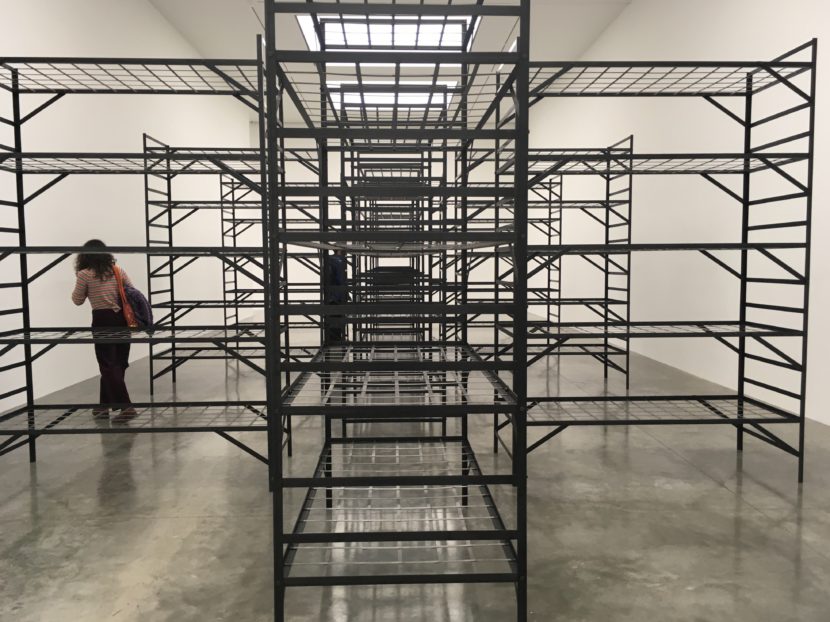